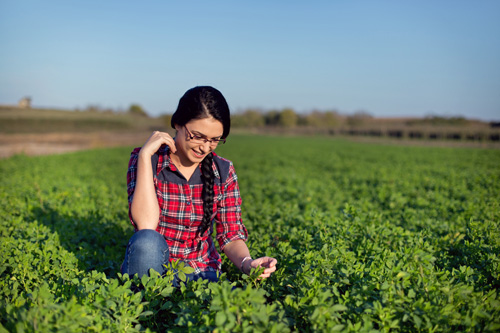 The following paragraph is why we need accurate alfalfa research and great products that really work. This research is a testament to the benefits of Agrigro's Foliar Blend Probiotics. It can mean the difference between success and failure in more ways than one.

In our modern age, the cost of planting, growing and harvesting a crop is expensive and the cost is increasing. The costs increase if you are maintaining the soil and crops as needed.

Then there is the problem with either too much or too little rain and insect and disease pressure. Every time something is needed to ensure the crop will survive or to ensure a good harvest increases the financial output and decreases the profit.

(The following is a partial excerpt from the full report. Download full report with charts at bottom of this page. (Used by permission.)

Yield differences were significant between the Foliar Blend treatment and the control in all four cuttings in 2014 and the total 2014 yield.

Alfalfa yields in the Foliar Blend treatment in the first, second, third, and fourth cuttings, and

Application of Foliar Blend at 16 oz/acre in alfalfa in 2014 did not affect ADF, ash, fat, crude protein, or TDN in any of the four cuttings .

Application of Foliar Blend at 16 oz/acre in alfalfa in 2014 did not affect any forage quality factors in the second or third cuttings.

Application of Foliar Blend at 16 oz/acre in the first cutting in 2014 increased calcium, magnesium, and RFV in alfalfa by 11%, 9%, and 5% compared the control treatment, respectively.

Application of FoliarBlend at 16 oz/acre in the first cutting in 2014 decreased NDF concentration in alfalfa by 4% compared to the control treatment (Table 3).

Neutral detergent fiber is a forage quality factor for digestibility. NDF is an indicator of the structural components of the plant. NDF is a predictor of voluntary intake because it provides bulk fiber. In general, low NDF values are desired because NDF increases as forages mature.

Application of Foliar Blend at 16 oz/acre in the fourth cutting in 2014 decreased potassium concentration by 6% and increased phosphorous concentration in alfalfa by 10% compared to the control treatment.

Applying Foliar Blend increased forage yields significantly in all four cuttings in 2014 when compared to the nontreated control. Total 2014 yield of alfalfa in the Foliar Blend treatment was 41% higher than in the control.

Application of Foliar Blend affected some forage quality factors and some plant nutrients in the first and fourth cuttings, but a consistent response did not occur when Foliar Blend was applied at 16 oz/acre in 2014.

Readers of this report are cautioned that these results are for one location. As noted in previous reports, additional years of data from multiple locations are needed to determine how Foliar Blend will perform under a wide range of conditions and if application recommendations can be extrapolated to a multitude of environments and crop production conditions. 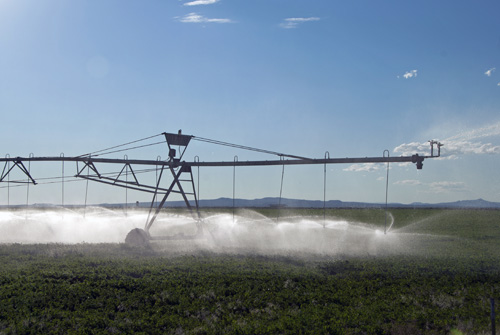