Arbuscular Mycorrhiza Fungi
An Amazing Fungi for All Plants 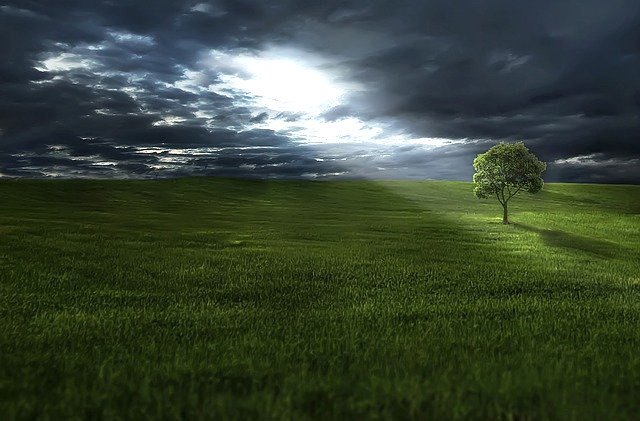 Sun's Rays on Tree in Field

Arbuscular Mycorrhiza fungus (Mycorrhizae Fungi is the plural form) has been around since the beginning of time. Almost all living plants form a symbiotic relationship between Mycorrhiza and plant roots from grass to field crops and even trees. Some relationships with plants are greater than others. Without it, many plants could not survive.

The Arbuscular Mycorrhiza Fungi (AMF) lives in the soil and enters inside the roots as well as attaching to the external tissues of roots. As it accumulates around the roots it begins to form long strands that can reach farther into the soil than roots alone can reach.

In Plant Pathology, the word "infected" describes any fungi or bacteria, etc. that have entered into a plant, regardless of whether it is a good thing or bad. Here, the roots are infected with Mycorrhizae that gather within them and around them. When plants are thriving, the Mycorrhizae are also thriving.

Here is an important aspect of how Arbuscular Mycorrhizae operate. Researchers have discovered that AMF emits specific enzymes into the soil that assists in breaking down soil elements all around the root zone. The enzymes are part of the process of converting raw soil elements into nutrients plants use. Phosphorus (P), Potassium (K), Calcium (Ca), Magnesium (Mg), Manganese (Mn), Iron (Fe), Sulfur (S), Copper (Cu) and Zinc (Zn) have been shown to be delivered to the plants by beneficial fungi. Of all these nutrients, there is a heavier emphasis on absorptions of P, Cu, and Zn.

It has been observed that plants that have AMF in large numbers in and around the roots are healthier, have a more vigorous growth above and below the soil, have higher nutrient levels, and are able to withstand environmental stresses and drought much better than soils that have no Mycorrhiza present.

The Results of Mycorrhizae Fungi Actions in Soil

The results of Mycorrhizal fungi actions is an increase in soil fertility and then delivering those nutrients to the plant roots.

What has also been documented as a great benefit to plants is what occurs in low fertility soils. Plants seem to be doing well, as seen in plant tissue tests, showing improved nutrient uptake even where nutrients in the soil are low. The Arbuscular Mycorrhizae seems to be extremely efficient at absorbing nutrients in low nutrient soils, where roots alone would struggle to get half the amount.

However, the true effects that Arbuscular Mycorrhiza has on plants cannot be fully examined unless the soil and plants are studied first with beneficial fungi and then again when the fungi is removed. How does the plants respond after the AMF has been removed? Here are a few of the results discovered by the University of California at Riverside as recorded by John A. Menge.

What was discovered was that P, Cu, and Zn were decreased inside the plants to deficient levels, even though the soil contained sufficient levels of these nutrients. While adding Phosphorus appeared to help restore P in plant tissues, there should have been enough already within the soil around the plants.

One of the long known side effects of Fungicides is the stunting of root growth and foliage. This stunting was first observed in the late 1800's and is common to many plants, but overall the roots while appeared to be thin and short, seemed otherwise healthy. However, this, too, was not the cause of the deficiency levels of nutrients inside the plant.

Another side effect of having no AMF in the soil after fungicide use is the increased amount of Aluminum(AL) and Salts taken up into the plants. Both can reach toxic levels in plants. The Mycorrhizae appeared to have been selective about what nutrients they carried back to the plants and kept salts at healthy levels.

The great thing is that the presence of AMF is not a man-made invention. Mycorrhizae's purpose is to increase plant health and survival,  help produce better fruit, grains and nuts, increase soil fertility and to survive stresses and drought better.

In a soil test conducted by EMSl Analytical Labs Inc , Microbiology Division in New York City, a measurement of the microbes were taken before the test. The pre-test measurement of 2,500,000 CFU/Gram (Colony Forming Units) in a 1 liter glass microcosm containing 500 grams of soil.

Just 24 hours after applying the Turf Formula Prebiotic the lab recounted the Microbes and measured 127,500,000 CFU/Gram.

This is because microbes also need calcium to reach their full potential.

Turf Formula is not a "Compost Tea" where the sole purpose is to add microbes to the soil. An important rule of microbiology is "The Environment Selects", meaning with compost teas, the only microbes that survive are those suitable for your particular soil.

These tests conducted by the New York Lab using Turf Formula are a soil prebiotic that actually increases the current beneficial soil microbes in the soil by a huge 75% in just 24 hours.

Many of the microbes increased were Mycorrhizae. This is seen by examples of roots taken from plants treated with Turf Formula and Liquid Super-Cal and you can see the roots are tremendously longer and thicker than the control plants.

Here are a few more reasons why you should be using Turf Formula and Super-Cal in your turf and plants. Turf Formula increases the efficiency of photosynthesis, increases soil fertility, increases uptake of nutrients and moisture, produces healthier plants with more flowers and decreases soil and plant pathogens and helps plants to endure environmental stresses just to name a few.

You will see the difference when you start using Turf Formula and Super-Cal Products. Order yours now.