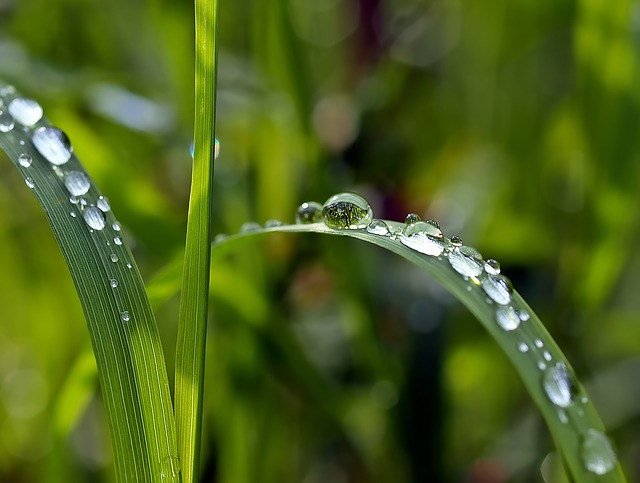 There is now a growing number of warm season grass cultivars available to the public. Much of the research is now going to make hardier, more disease resistant and beautiful, deep green grass. That hasn't always been the case. In previous years, most warm season grasses could only be established by using plugs or sod. Varieties that could be grown from seed were still under development.

Green is the easiest color for the eyes to see and has a calming effect. It is no wonder dark green grasses are desired.

Recent advancements, however, have developed varieties that can be established by seed. In most cases, the seeded varieties are often very slow to establish when starting with bare soil.

As you might expect, sod and plugs remain the fastest way of getting a new lawn. However, the ability to be established by sod is a major advantage over most cool season grasses. Many Cool season grasses lack the rhizomes and stolons needed to hold sod together.

The rhizomes and stolons found in most warm season grasses not only hold sod together, but enable it to spread and fill in damages areas quickly. To learn more about how grass grows, including rhizomes and stolons, check out the page on Plant Structure.

This cultivars 2 should help you identify some of the popular cultivars for warm season grasses. However, it is not an exhaustive list. It is important to note that not all varieties of grasses will do equally well within your temperature zone.

The amount of rainfall, temperature and other factors of your area are important to consider when choosing a particular cultivar. You should always check with your local university extension office to see which variety performs best in your area.

Click on Climate Zones to see a map of U.S. grass adaptation zones.

Below are some common turf industry definitions associated with our cultivars 2 page.

Note: In plant terminology, the word "Resistant" doesn’t necessarily mean it can’t get the disease. It means it has been made more resistant than the original or previous varieties. What degree of resistance it offers fluctuates with varieties and what care the grass receives.

Bermudagrass is a warm season grass that is the preferred grass for many southern states and in parts of the transition zone. It produces a dense turf and can be started by seed and by vegetation. Generally, the types that are started vegetatively cannot be purchased in seed form. This grass offers good drought resistance. It is a full sun grass and does not do well in shade.

Savannah is used by the Texas Highway Department for roadsides and right-of-ways. It is a hardy grass that will take a lot of abuse.

Zoysiagrass is native to Japan. Depending on where you live, some varieties will perform better than others. Zenith, for example, works well in some parts of Florida while other varieties have been reported to fail. In the Transition Zone, Japonica and Meyer seem to do well because of better cold tolerance. Be sure to check your local university extension office for the best type for your area.

Zoysiagrass produces a dense, drought resistant turf with good shade tolerance. At one time, zoysia grass plugs or sod were the primary method of establishment, but now you can choose from seeded varieties. Keep in mind that it will take the seed much longer to germinate and establish from seed.

Z. Japonica is the primary zoysia variety introduced from Asia. It has poor tolerance to extreme heat and excellent cold tolerance. Its southern range ends half way into the transition zone and extends north to the canadian border.

Tenuifolia is a tropical variety and has the least cold tolerance. It has beautiful, fine blades.

Z. Japonica and Z. tenuifolia have been crossed to provide a fine bladed grass with moderate cold tolerance. However, due to the wide range of adaptability between varieties, you should check with your county extension office for the preferred variety for your location.

Emerald Variety is considered the most beautiful, but has a lower cold tolerance than some others, such as Meyer.

Zoysia can grow so thick that some people will burn the grass just before green up where it is allowed. It starts over and some of the thatch may also be affected. It will grow back in but not quite as thick.

St. Augustine is an excellent turf grass that grows well in southern states. It doesn't spread well using cut and planted stolons but has best coverage with started by plugs or by sod. It has poor cold tolerance so its northern range of adaptation ends around the Louisiana/Arkansas line.

Occasionally we hear reports of St. Augustine grass growing farther north, but it is not confirmed and must be a place without very cold winters. It is used extensively in the southern U.S, especially along the coastal regions.

In these areas, St. Augustinegrass is often preferred over Bermudagrass because of its better shade tolerance. Bermudagrass will not grow under the beautiful Live Oak trees or other shade trees.

Centipedegrass is native to China and brought here in the early twentieth century. It is favored by some because of its low fertility requirements. It doesn't require the maintenance of other turfgrasses and is sometimes referred to as a "lazy man’s grass", though somewhat of a misnomer. It can tolerate partial shade and is a drought resistant grass.

Centipedegrass can be started from seed or sod. It cannot tolerate cold well, making its range of adaptation similar to that of St. Augustine. Although Improved varieties have a better cold tolerance than common varieties. If you live in an area with frequent cold winter storms, use an improved variety.

Buffalograss is native to the arid areas of the western plains states. Older varieties form open, low density turf with blue-green color. The newer varieties form low growing, dense turf with improved color. It uses 50% to 75% less water than Kentucky Bluegrass. Its range is far reaching from the northwestern states down to central Texas. Buffalo grass seed and sod are available.

Buffalo grass is grown in Missouri and Illinois as well with a grower near St. Louis. If left uncut the height is only 6"" to 7" tall. It is great for low maintenance areas.

609 and Prairie are known to suffer winter damage in higher elevations. Legacy and 378 are winter hardy throughout its range. These varieties are not available in seed.

This in no way is a complete summary of Warm Season Grasses. On this Cultivars 2 page we were only giving you a taste of what is out there. There are hundreds of cultivars, some are still active while others have been pushed aside as now more improved grasses have been developed. Contact your local extension office for the newest varieties that do well in your area.

Cool Season Grass Cultivars
Click on the link for a description and list of many cool season grass cultivars available to the public.

U.S. Climate Zones for Turfgrass Adaptation
Unlike some plants, you can't bring in your grass when conditions don't favor it. Choosing the right grass for your climate zone is important.

The Marvel of Photosynthesis
Photosynthesis made easy! Understanding basic plant function will greatly improve your lawn care, especially fertilization. You will never look at your grass the same way.

Plant Structure and Growth Habits
In the world of turf grass, understanding plant structure and growth can provide helpful insights to maintaining a beautiful lawn.